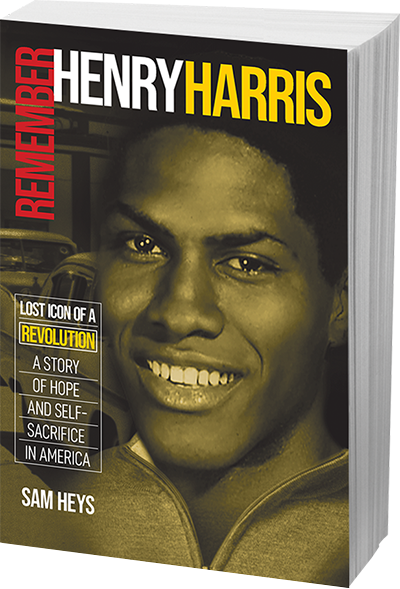 Lost Icon of a Revolution:
A Story of Hope and Self-Sacrifice in America

“Henry Harris’s story deserves to be both told and remembered.” – Alabama Public Radio

After the freedom rides ended, after the bus boycotts and sit-ins, the marches and protests, and long after the TV cameras and federal marshals packed up and went home, Henry Harris enrolled at Auburn University, alone in a dormitory of one hundred and fifty white southern males high on testosterone.

Harris was the first African American on athletic scholarship at Auburn and, more importantly, the first black athlete at any SEC school in the Deep South. An exceptional basketball player, he was valedictorian of all-black Greene County Training School in Boligee, Alabama. It was 1968 and the spring Martin Luther King was murdered—only two weeks after speaking at a rally in Greene County. It was an extraordinary time, and Harris decided to make his life matter by going to Auburn.

He was the seeming quintessential candidate for integration, but nothing could have prepared him for the next four years. Fourteen years after Brown v. Board Education, he still had not satin a classroom with a white person. Sam Heys’s curiosity about Harris’s life deepened the night in 1974 that he ripped an article from a newswire printer and read four paragraphs reporting Harris’s suicide at twenty-four. The details were scarce, and the story was missing all the “whys.”

Heys fills in the facts, answers the questions, and traces Harris’s extraordinary passage from an abandoned store in tiny Boligee, Alabama, to a rooftop in Milwaukee, Wisconsin, a journey that helped revolutionize the South and America.

Available in Paperback and Kindle.

On King Day 2022, it’s good to recall Martin Luther King Jr.’s impact on the small-town, rural South and particularly on Greene County, Alabama blackest county and sixth poorest in America. For young Blacks growing up there in the 1960s, Dr. King was not someone you...

Five young men brave enough to sign on with the University of Georgia when it was one of the last three SEC teams to integrate have finally received permanent on-campus remembrance for changing the course of UGA football. A monument to them was unveiled Friday at Reed...

When Harold Franklin was growing up in Talladega, Alabama, during the Depression and WWII, his parents always told him and his nine siblings, “When you do something in life, try to do something that will help others as well.” Saturday, Franklin will be returned to the...