The integration of the Southeastern Conference stretched over more than six long years, beginning with Kentucky signing Nate Northington to a football scholarship in December 1965.

Below are the initial black players on basketball and football scholarships at each of the SEC’s ten member schools at that time, with the year in which they enrolled.

The SEC’s first black varsity athlete in any sport was Tulane baseball center fielder Steve Martin in 1966. Martin was not on an athletic scholarship, rather an academic one. He walked on the freshman baseball team in 1965 and then made the varsity in 1966. Because Tulane left the SEC months later and he played a non-revenue sport, Martin received little recognition for his courage and sacrifice. He died in 2013. 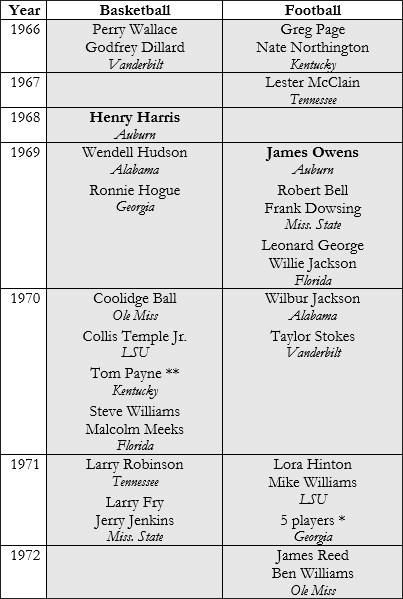