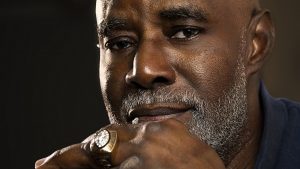 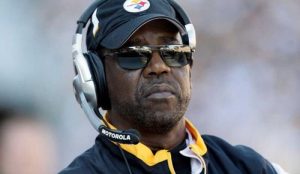 On this date 50 years ago – Sept. 10, 1971 – Wilbur Jackson (far right) and John Mitchell became the first African Americans to suit up for an Alabama varsity football game – a 17-10 Friday night upset of Southern Cal in Los Angeles. The game was much more significant in the integration of Alabama athletics than the oft-ballyhooed 1970 loss to Southern Cal in Birmingham, which has been erroneously credited with prompting the Tide’s integration.

In July 1970, still two months before the 1970 Southern Cal loss, Bryant reached an agreement with the plaintiffs’ attorney, U.W. Clemon, to delay the trial 10 months – and if Bryant had signed five Black players by then, Clemon would drop the suit. Bryant kept his word, and the suit was dropped in May 1971.

The federal class-action suit was filed after five Black students – Andrew Pernell, Dock Roan, Arthur Dunning, Melvin Leverette, and Jerome Tucker – “walked on” the team in 1967 and none of them, or any other Blacks, were offered a scholarship by mid-1969.

The 1971 Southern Cal game was the night Alabama unveiled its wishbone offense. After going 12-10-1 in 1969 and 1970, and losing four straight years to Tennessee and two straight to Auburn, Bryant used 1971 preseason practice to install the wishbone. In LA, Alabama ran through pregame warmups using their old offense and then scored on its first three possessions. Mitchell started at defensive end, but Jackson, a second-string halfback, would not make his varsity debut until the next week.

Bryant’s wishbone would confound SEC defenses throughout the ’70s, and integrated Alabama teams would win eight of the next nine SEC titles and 70 of their next 74 SEC games.

Jackson and Mitchell also found success. Mitchell was an All-American in 1972 and Jackson in 1973 – his 7.2-yards-pe r-carry is still the school career record. Jackson played nine seasons in the NFL, was Rookie of the Year in 1974, and helped both San Francisco and Washington win a Super Bowl.

Mitchell accepted Bryant’s offer to be a student coach in 1973, launching a 48-year career. He was Alabama’s first Black assistant coach and the SEC‘s first Black defensive coordinator (at LSU in 1990), and has coached for the Pittsburgh Steelers for 28 seasons, serving as assistant head coach for the past 14.

A half-century after Sept. 10, 1971, and after thousands of Black players have worn Alabama’s crimson, there is no permanent memory on campus of the contribution of Jackson and Mitchell to the advancement of the university. (Because both were elected team captains, their names, hand prints, and cleat prints are in concrete at Denny Chimes, along with other end-of-season captains.)

Three Black Alabama players have won the Heisman Trophy in the past 12 seasons and dozens have been first-round draft choices. Not one of them, however, could’ve gotten in the door without Wilbur Jackson courageously taking a chance on Alabama – at a time when others passed on the opportunity – and John Mitchell’s willingness to follow him into Bryant Hall.

The “Walk of Champions” outside of Bryant-Denny Stadium features statues of the school’s Heisman winners and five championship-winning coaches. It seems there should be some room to honor a couple of brave young men who changed the Tide’s future for good.