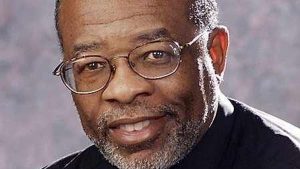 His name was Roscoe Nance. I was 25 when I met him. He was 26, but our age and love of sports was about the only thing we had in common. We were both from the South, but Roscoe grew up in segregated black schools in southeast Alabama—in the Black Belt, a multi-state swath of land marked by a cotton-growing past and impoverished present, a place I didn’t even know existed then, or didn’t want to know. I was a Tennessee city boy who also grew up on 12 years of segregated education, all-white,

Roscoe was among the multitude of Americans who have died in 2020,  cancer finally overtaking him at 71 after he had twice beaten it back.

America’s deadliest year ever has claimed the lives of many well-known black athletes— Kobe Bryant, Wes Unseld, Curly Neal, Lou Brock, Bob Gibson, Joe Morgan, Dick Allen, Gayle Sayers, Bobby Mitchell, Herb Adderley, Willie Wood—all made famous by the way they played a game. Roscoe was a chronicler of games and athletes, and more people should know about him, for he made his life matter.

I met Roscoe in 1975 when I was sports editor of the Columbus Enquirer, an AM daily on the Georgia-Alabama line. He came in for a job interview, having just completed three years at adjacent Fort Benning as a lieutenant training 44-man infantry platoons for Vietnam-era America. He had long dreamed of being a sports writer—writing columns for the weekly paper in Union Springs, Alabama, when he was still in high school—but that was the limit of his professional experience. He passed our writing tests, though, and he had an easygoing maturity about him, chiseled from military leadership and growing up in the Jim Crow South.

Fortunately, we gave him a start—as a general-assignment sports writer. Within three months, however, our high schools reporter moved to Colorado, and Roscoe’s time had suddenly arrived. He began covering our 14 local high schools, quickly gaining experience as a writer and reporter. He was great at building relationships with coaches. I can still see him with a black desk phone wedged in the crook of his neck, pounding away on an old manual typewriter while interviewing a coach. 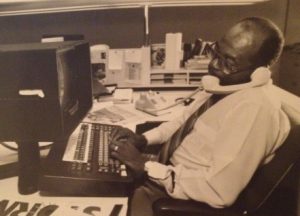 But high schools were only a part of Roscoe’s assignment. After covering games on Friday night, he would rise early Saturday morning and drive to games at Denny Stadium in Tuscaloosa or Birmingham’s Legion Field or Auburn’s Cliff Hare Stadium or Georgia Tech’s Grant Field.

Having long been a citadel of the South’s resistance to integration, SEC football finally had some black players by the mid-seventies. But that was only part of the struggle. The other players were still 98 percent white, the fans were white, the referees were white, and all the reporters were white.

Roscoe helped change that. He wasn’t necessarily the first African American reporter to enter major college press boxes in Alabama, but he was among the very first. If he ever encountered more obstacles than stares getting off the press elevator, he never told me. Looking back, I’m sure he saw integration as part of his societal assignment.

In 1978, Roscoe moved to the Jackson Clarion-Ledger, becoming Mississippi’s first black sports writer at a daily newspaper and covering black colleges like no one ever had.

Future NFL stars had passed through the black Southwestern Athletic Conference for years with scant notice of white-owned southern newspapers. But Roscoe, a Tuskegee graduate, would help introduce America to a gifted receiver at out-of-the-way Mississippi Valley State named Jerry Rice and Jackson State’s average home football attendance would jump from 21,000 to between 30,000 and 40,000 during his eight years in Jackson.

By 1986, Roscoe had taken his skills to USA Today. His assignment—soccer, a sport he knew little about. If it was a test, he passed. He would cover soccer nationally and internationally, becoming America’s only daily newspaper reporter to go to China to cover the first Women’s World Cup in 1991. More World Cups and a couple of Olympics would follow.

He eventually moved on to the NBA, which had to be his dream job, covering a dozen NBA finals. After 22 years at USA Today in 2007, he retired to freelance writing, again covering black colleges. He covered sports for 35 years, clutching the opportunity he had seized like the final out of the World Series.

In 2012, I got a call from Roscoe, shortly after he had learned of the death of Tom Patterson, his Jackson mentor who had made covering black colleges a major beat. Roscoe and I had not talked in a number of years, and he wanted me to know he appreciated me. That was Roscoe.

We stayed in touch periodically after that, but when he called me one late-summer Saturday afternoon in 2019, our conversation was longer and more rambling than usual. He did not tell me that cancer had returned, but he did express his gratitude again. “You had no reason to hire me” is what I remembered him saying. That was Roscoe.

A few weeks later, I sent Roscoe the first 10 chapters of Remember Henry Harris, a book I had been writing and talking to him about for years. Harris, an Auburn basketball captain, was the first black scholarship athlete at any SEC school in the Deep South. I wanted to know what Roscoe thought of the tone. When he said it was fine, I knew I was good to go.

He died in January (2020), five years after becoming the first person inducted into the Southwestern Athletic Conference Hall of Fame who was not a player, coach, or administrator. His contribution to black sports was that great.

His body was brought back to southeast Alabama for burial at—appropriately—a national cemetery in Fort Mitchell, Alabama, ironically the site of one of the 14 high schools he had started out covering 45 years earlier. Like so many black Americans, all Roscoe had ever needed was a chance.